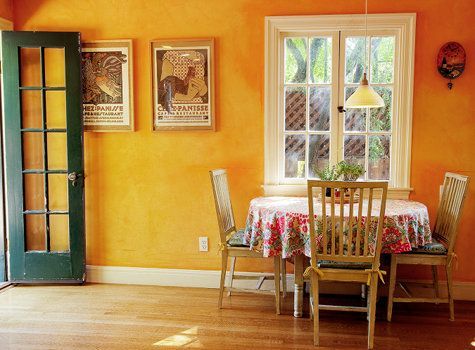 In January of this year there was a trend that was supposedly going to pick up and become the norm before the end of the year. Supposedly saffron was the new “in” color, as more and more houses were allegedly steering toward it and its many hues in favor of the more recent grays, whites, and blacks of HGTV prominence.

Often times there are trends that are more claims than they are actual plans. Peel and stick wallpaper is still fairly popular, whereas I still can’t say I’m seeing much in the way of interior accent doors.

So, with that said, we get back to the idea of saffron colored rooms. Frankly, I’m not seeing it. Contractors and flippers are still leaning on those HGTV gray scale colors, and barn doors remain few and far between. Or worst yet, forced in an area that shouldn’t even be a barn door consideration.

And it’s not the first time this color has been pushed on home owners as the new “it” color. HGTV tried laying the ground work back in 2017, but to their credit, treated it more as an accent color than an all-consuming layer.