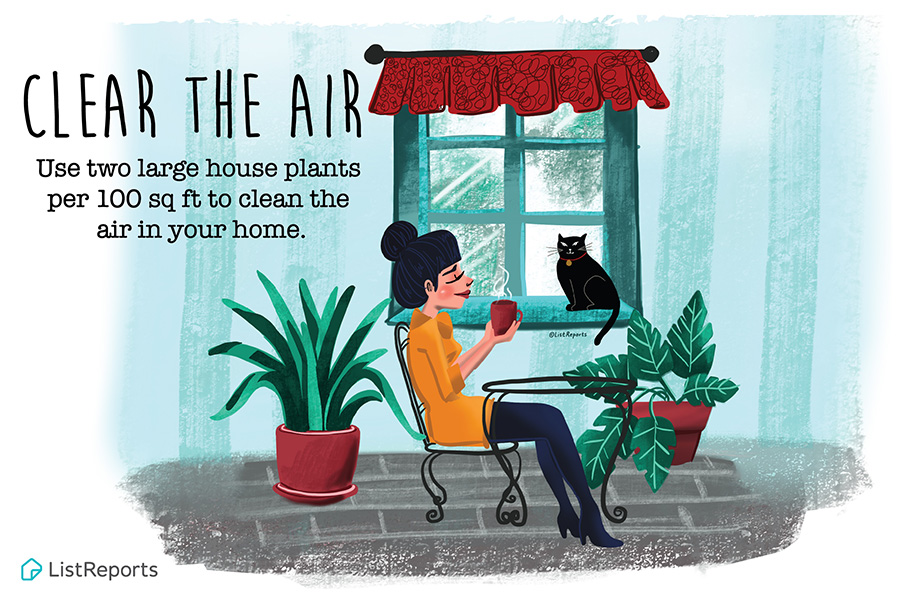 House Plants Help Clear the Air and Mood in Any Home

I’m not exactly sure where your zen is at these days, or if your Qi is even remotely close to being centered, but one thing I know for sure is that keeping some fresh greenery in the house goes a long way in changing one’s mood.

This time of year is as good as time as any to pick up some indoor plants for the warmer months ahead. That’s not to say you’ll need to get rid of them in the winter, but I will say it’s a bit harder to have your pick of the litter during the offseason months.

Last August I wrote about the concept of Indoor Forest Bathing, which is a theory that essentially claims we’re intrinsically drawn to being around the forest and. as a result, have a deep-rooted connection to greenery.

While the infographic attached to this post suggests one plant every 100 sq ft, I think the frequency is entirely up to you. I for one can’t have all that many plants because I have a cat who likes to dig up the soil and spread it throughout the house – when he’s not trying to eat the plants, that is.

As a result, I tend to focus more on succulents and things like jade, herbs on the kitchen windowsill, and aloe, the latter of which is also nice to have on hand for the oft chance that I burn myself in the kitchen or while grilling.