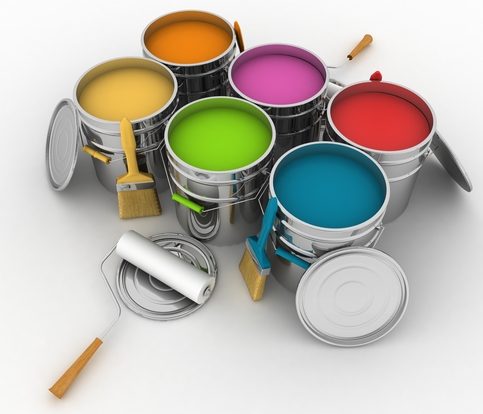 The Psychology of Colors and How They Impact Your Home

I once met a grad school student who was getting his PhD in Psychology. That alone isn’t all that unique, but when I asked him what his specialization was, he said the Psychology of Color. Then we both had a good laugh when I mentioned I might be color blind for blues, purples, and blacks.

You’ve probably already heard some colors are known to calm, neutralize, or ignite emotion, but what you may not know is which ones elicit those kinds of psychological responses.

A lot of people, myself included, feel white is a neutral color. But apparently there have been tests done to show that white may sometimes trigger a response of anxiety. I wasn’t entirely convinced that was the case until I spent a few months resolving a medical condition. I’m sure you can guess where this is going, but since then any time I see an entirely white room with those headache-inducing white lights I think of a doctor’s office. So yeah, now I can see how that may induce some anxiety.

If you want “neutral,” color psychologists recommend using grey or some off-white shades.

Red is a color that raising awareness, which is why it’s used for stop signs, stop lights, and fire trucks. Do you really need to be aware and alert when you’re relaxing in your home? I’ve seen some houses use red on accent walls, but even then, color psychologists recommend softer colors like pink or blue.

Certain colors elicit a calming response. In addition to the aforementioned blue, green is a color that suggests nature, harmony, and soothing tones. That said, you’ll want to test out those shades a bit, as something like a pea green or lime green varies wildly compared to a deeper, darker green.