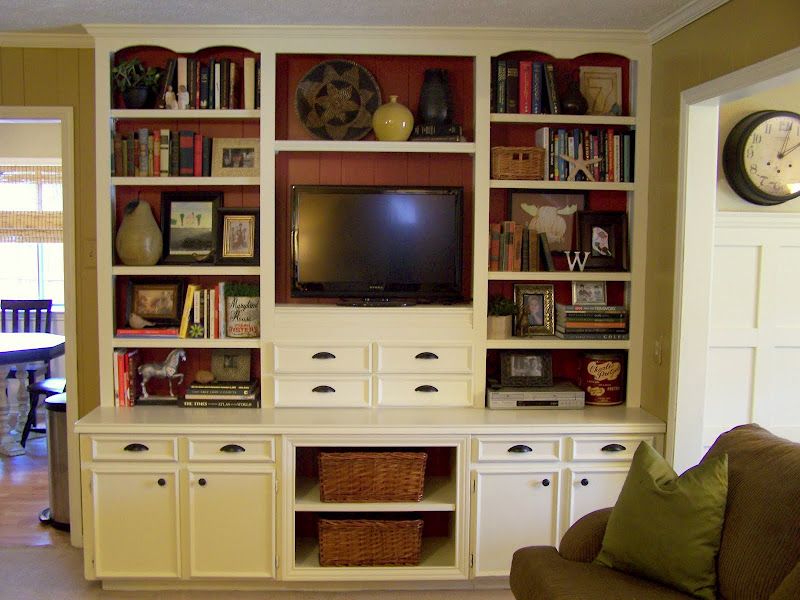 If Marie Kondos’ minimalist approach to furnishing a home had an arch-rival, it would probably be bulky, built-in units.

There was a period a few decades ago when everything was just pre-determined. Restructuring a room required actual construction, and “that area” was simply where the TV and entertainment unit went. It was that simple.

For the most part, built-in entertainment units are a thing of the past, although I have seen a few houses here and there that still have the old units bolted into the walls.

Built-in shelving in, say a closet or basement, is still fairly common. It can be gutted and redone, but odds are you’ll want to either hire someone to do it for you, or get yourself up to speed on how to replace portions of drywall. DIY work may run you a few hundred bucks, while hiring a carpenter or contractor to do it for you could bump the price up significantly.

Oddly enough, the least offensive built-in unit, in my experience with buyers at least, tends to be bookshelves. I guess that has to do with the fact bookshelves tend to be a bit more multi-purpose than an area specifically built for a TV or stereo system. I’ve seen bookshelves used for their intended purpose, but also as a display case for memorabilia, family photos, tchotchkes, or even a well-organized toy area for kids.

Well it comes to built-in anything, remember it’s not as permanent as it may seem. While it can be removed easily, you’ll likely want to make this decision before you do any cosmetic work such as painting a room, laying down new floors, or settling in with your furniture.