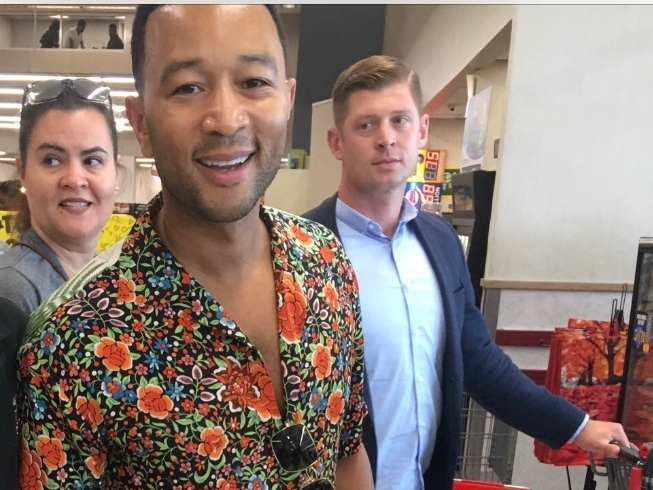 First things first: Let me start by saying every Linden restaurant is better than a bag of Gummi Bears. But given his visit to Aviation Plaza, I suggest a few local spots he could have considered instead.

While you were trying to find ways to stay cool on Sunday, singer/songwriter John Legend was making a pit stop at the Linden ShopRite.

Legend was spotted this past Sunday at the ShopRite off Rt 1 in Linden picking up some snacks, which included a bag of gummi bears.

Come on, John. Linden has better food than that.

Don’t get me wrong, we all have our cravings, but next time maybe he can consider a few restaurant options in the area.

Dragonfly in Aviation Plaza would probably be the closest option, but a quick drive down Stiles would’ve put him on track for a trip to Abigail’s or even The Grill right across the street.

If he was going to head further down Route 1 to catch the Turnpike, then Big Al’s Deli off Wood is as good a pick as any, or maybe some wings at Linda’s Driftwood Bar and Grill, instead.

I know this was only a quick in-and-out trip, but maybe next time John can check out some of the finer eateries in town instead of, you know, a bag of gummi bears.

Gimme a call next time, John. I’ll hook you up with a few food options: