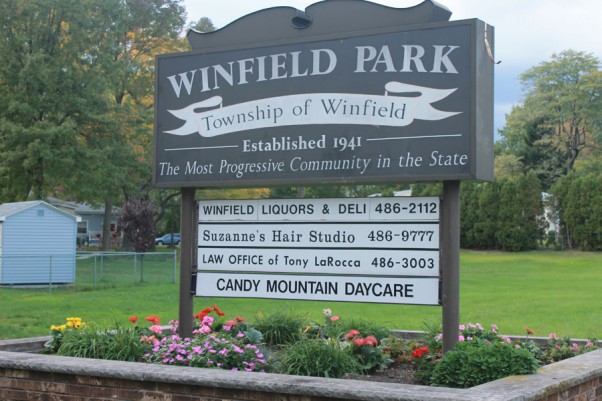 Winfield Park: A Town with a Mind of Its Own

NJ.com’s Cassidy Grom is running a great series of real estate stories entitled, “Unknown New Jersey.” If you haven’t seen it already, I encourage you to check out her latest installment on Winfield Park. In it, she talks about the origins of the town, the low rents, and how its inhabitants maintain a self-sufficient lifestyle.

I first became familiar with Winfield Park when I moved to Linden three years ago. In fact, one of the first times I decided to wander around and check out the surrounding neighborhood, I took a turn off the main drag and wound up in what felt like an entirely different country.

Winfield Park is situated right off Exit 136 on the Parkway. In fact, if you’ve taken that exit you may not have even realized you were staring directly at this little world within a world.

The houses themselves are owned by the Winfield Mutual Housing Corporation, which itself is owned by the residents of the town’s nearly 700 units. In turn, this has allowed rent to cost as much as $726/month for 5.5 room units, and $650/month for 2.5 room units. But, like many things that appear too good to be true, there’s always a catch.

You probably won’t get in.

There is already a 25-year waitlist period to land a spot in all but the smallest homes. And “they will be lucky if they get one then,” Certified Housing Manager Trisha Donahue said.

Top that off with houses being passed down through generations, and all vacancies being filled by applications (not real estate agents), you can see why this little town is high on demand, and low on inventory.